In the wake of recent deadly tornadoes and catastrophic winds and amid a worldwide pandemic and economic collapse, generosity continues to help define Middle Tennessee.

In its seven-year history, The Big Payback has helped hundreds and hundreds of area nonprofits raise more than $20 million — $20,953,623 — in cumulative donations.

A record 988 Middle Tennessee nonprofits — including schools and religious institutions — from 34 counties signed up to participate in this year’s The Big Payback, an initiative of The Community Foundation of Middle Tennessee (CFMT).

“The most striking thing was that each of the 988 local nonprofits received no less than $50 from the get-go,” said Ellen Lehman, president of The Community Foundation. “And for all who were able to participate in a chaotic year, we will be forever grateful of your willingness to make the economic fall less steep and less painful.

“On behalf of the participating nonprofits and those they serve, THANK YOU FOR YOUR KINDNESS AND SUPPORT. Good things will happen as a result,” Lehman said. 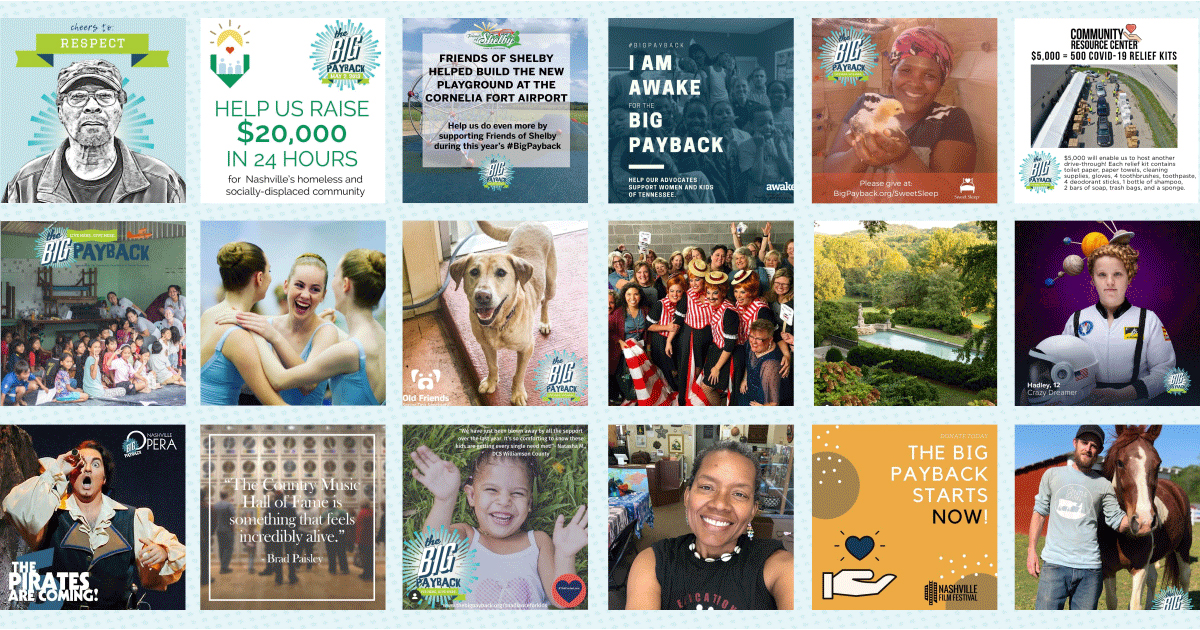 The Big Payback is a community-wide online giving day designed to give the public the opportunity to pay back the nonprofits that make this a place we are proud to call home. Starting at 6 pm Wednesday, May 6 and continuing to 6 pm Thursday, May 7, there were 24 hours to make donations to a wide array of participating local nonprofits at TheBigPayback.org.

There were 10,027 donors who reported giving to an organization for the first time, upping the seven-year total to 39,693.

This year’s record total of nonprofits included 108 organizations from 15 counties that were participating in The Big Payback for the first time. Categories included human services, education, community improvement, arts and culture, youth development, animal welfare, health, housing and shelter, and the environment.

“In 2014, the first year of The Big Payback, it was a leap of faith. Would our neighbors work together to improve and maintain our quality of life here?” Lehman recalled. “We started hosting this event in 2014 because we knew we didn’t have enough discretionary dollars to help many of the local nonprofits on whom our 40 counties relied. So we created a shared service, The Big Payback, to avoid duplication of expense and effort. Local nonprofits could share in the 24-hour event rather than each one spending money on their own event.

“But this Big Payback was a very different one … We know that this is a tough time to be doing this in the middle of tornado recovery, COVID-19 and the economic fragility we are experiencing, Lehman continued.

“The good thing was that The Big Payback 2020 was perfectly suited to the rules of our changing society,” she said. “While we were sheltering at home on the days leading up to May 6th and May 7th, we could all still be working on behalf of the Middle Tennessee community. We needed to encourage people and friends and families to participate in getting the word out.

“We hoped that people would sit on their couch and serve as ambassadors for the 988 local nonprofits who had signed on to participate,” Lehman said. “The first good thing about this was that all of this was online, so no one needed to leave their houses and the second good thing about this was gifts to support these participants could be as small as $10. No great wealth needed… just great hearts.” 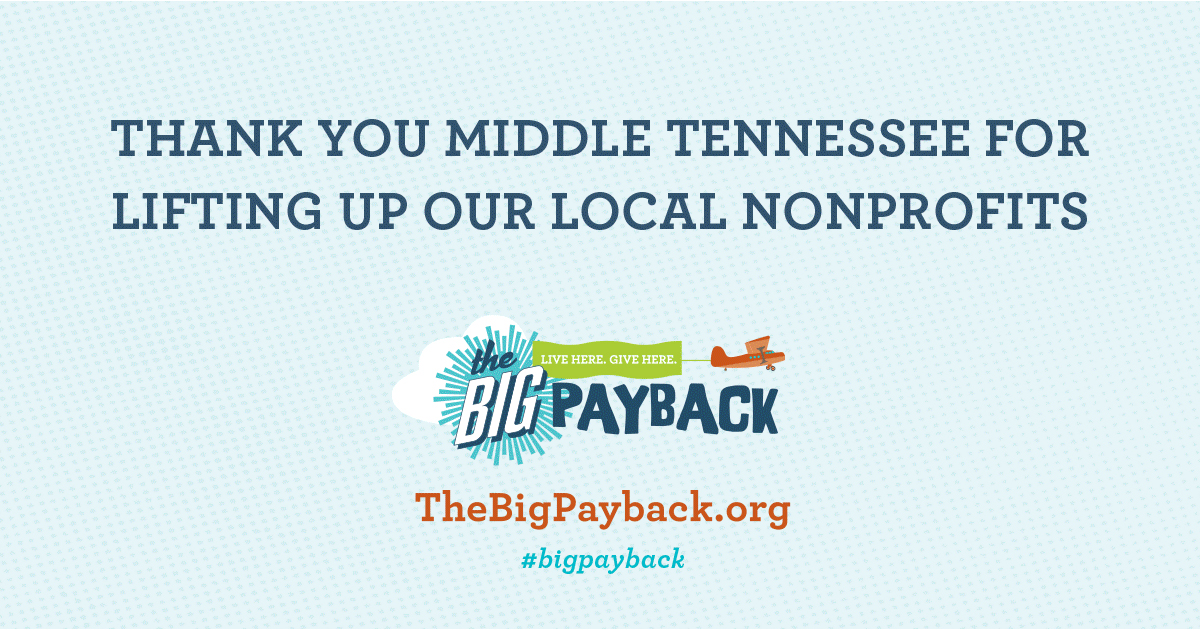 Gifts to nonprofits from the public were boosted with additional financial prizes from sponsors of The Big Payback, and an online leaderboard tracked donations in real time, both online and on digital billboards throughout the area.

Donors were able to search and select organizations based on mission, location and focus area, Donors also could support multiple nonprofits and make gifts of any size with ease, from $10 and up.

For a complete list of nonprofit giving totals and additional prizewinners, visit www.thebigpayback.org.

Find a Fund Give to a Fund